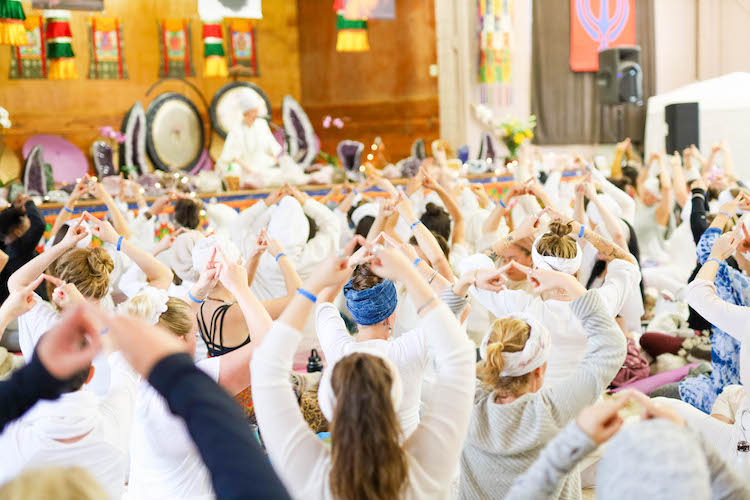 The next Camp Grace is right around the corner, and it’s set to be another incredible weekend. Here are 5 reasons why you should come spend 4 days going deep with Guru Jagat and the RA MA Crew:

And that means it’s a major accelerator for any blocks you’re trying to remove, prayers you’re wanting answers to, and manifestations you’re trying to bring to life. When you’re doing yoga and meditation in a room with 200+ other women, the energy gets moving and creates a huge vortex field for old blocks and patterns to fly out of your reality.

In a way, you’re actually practicing, meditating, and praying together for each other. So just multiply your positive projections by 200+.

My very first Camp Grace totally blew the walls off of the boxes I was keeping myself in. I had only been practicing Kundalini Yoga for 2 months before coming to Camp, and my main intention was to deepen in my self-love, and also to leave my job at the time. Not but one month after Camp Grace, I received the resources I needed to leave my job. I could not have even imagined a more poetic and fulfilling unfolding of the process now, one-year later.

At Camp Grace, nothing is by coincidence. The community of women who come together are nothing short of extraordinary, and they will amplify your self-excellence in a very sacred way. So pay attention to who you end up in a cabin with, and who you sit next to in class and at meals – they have come here to meet you too!

It’s so rare to be in a room with 200+ women chanting, breathing, laughing, crying, and dancing together; creating, going through the process, coming out the other side – so take advantage of it and go out of your way to get to know the other women who were also courageous enough to take the leap to come to camp.

I didn’t know any of the other women attending Camp Grace, and normally my introverted self would have had a heart-racing intent to keep more to myself. But the energy was so magnetic, and the nervous system upgrades were so strong that I felt more embodied and at home than I had in my entire life which gave me the boost I needed to meet so many of the amazing women who came. And to this day, my closest friends are the ones I’ve met at Camp Grace. 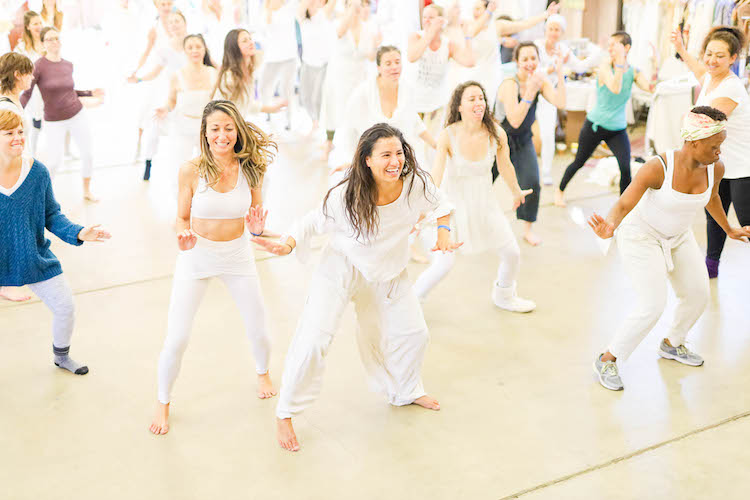 3. You’ll dive deep into some of Yogi Bhajan’s most sacred women’s teachings

During the course of camp, Guru Jagat will break down some of the life-changing women’s teachings that Yogi Bhajan brought to the planet. He dedicated so much of his life to teaching women, and we’re lucky enough to be able to go back into his teachings and meditations to uncover more and more layers.

Some of Yogi Bhajan’s women’s teachings that you’ll touch on include self-psychology, success, happiness, self-sovereignty, and so much more. And if you join Immense Grace, you get to spend the rest of the year unpacking even more of what gets touched on at Camp Grace.

If you’ve never done Sadhana before, get ready for some of the most magical mornings you can imagine.

Your alarm goes off at 3:45am, and you wake up in the peaceful silence of the Amrit Vela greeted by the crisp, fresh mountain air. If you’re brave, you jump in a cold shower, or you head straight to the yoga room where you’ll do live Aquarian Sadhana  – Yogi Bhajan’s prescribed morning Sadhana – with live music by some of the amazing musicians in the community.

You’ll feel bright and radiant after chanting and meditating before the sun comes up, and then you can head back to your bed for a post-sadhana nap, or sit outside and soak in the sun as it comes up over the mountains and valleys.

Camp Grace Sadhana is so special that it’s what ultimately inspired me to get into a regular Sadhana pattern post-camp. You’ll get a taste of how truly transformational it is from these 3 magical mornings.

…and there will be pictures to prove it. Don’t get me wrong, you’re not spending 4 days at the spa here, but the work that you put in while at camp will catapult you to the next level of your life (more than any weekend at the spa could do). From the clean, crisp Fall air in the mountains of California to the cleansing and transformational Kundalini Yoga & Meditation, to the epic dance parties and laughing-so-hard-I-can’t-breathe moments, you’ll leave feeling like a new woman. Because you are.

Camp Grace: Many Faces of Ma is your next chance to come experience this for yourself, and it all happens October 17 – 20, 2019 on the mystical, super-charged Mediterranean island Mallorca, Spain. If you’re ready to change your life, restructure your reality, and live a life rooted in self-sovereignty, the opportunity is here for you. Sign up for Camp Grace here.